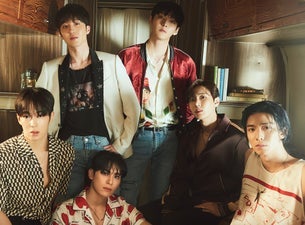 After years of experimenting with a myriad of fantastic concepts and tackling genres like progressive dark-pop on "Now or Never," Latin-pop on "O Sole Mio," and '60s rock via "Mamma Mia," SF9 has finally achieved their long-deserved K-pop fame with a No. 1 hit with the single "Good Guy" and followed by "Tear Drop" and "Trauma". The nine-member boy group SF9, composed of YOUNG BIN, IN SEONG, JAE YOON, DA WON, RO WOON, ZU HO, YOO TAE YANG, HWI YOUNG and CHA NI. Their hit song It quickly rose up both the domestic chart in Korea as well as the global chart in the World. Already a hit with critics, SF9's ambitious RPM album was selected as one of the Top 20 Albums of 2019 by Billboard while their catchy pop single "Enough" was selected as one of The Best K-Pop Songs of 2019 by Refinery29. Even before their breakout in 2019, SF9 has landed coverage and exclusives with international outlets like MTV, BuzzFeed, Allure, Yahoo!, Popcrush, Billboard and more.