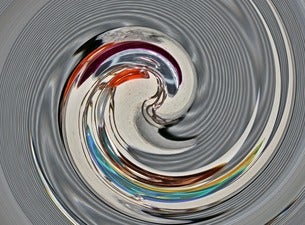 Claybourne Elder: If The Stars Were Mine

CLAYBOURNE ELDER: IF THE STARS WERE MINEIn this candid show Claybourne will share his favorite songs from Sondheim to French pop along with reflections on romance, adventure, and growing up gay and Mormon in rural Utah. Hell also share theatre reminiscences from working with Stephen Sondheim to being on Broadway 8 times a week in his underwear. Get intimate with one of New Yorks favorite personalities in this hilarious and heartfelt solo show.About the artist: Claybourne Elder is a Drama Desk and Lucille Lortel nominee currently playing John Adams on HBOs The Gilded Age. He is also known for his performances on Broadway as Andy in the Tony Award winning revival of Company, as well as his previous Broadway turns in Bonnie and Clyde, Sunday in the Park with George, Torch Song, and Sondheim on Sondheim at the Hollywood Bowl.His TV/Film credits include The Carrie Diaries, FBI, Bad Cupid, and the video game Grand Theft Auto V. He also appeared in One Arm at New Group, Do I Hear A Waltz at City Center, Allegro at Classic Stage and Venice at the Public Theatre. He began his NY acting career originating the role of Hollis Bessemer in Sondheims last new musical Road Show at the Public Theater and originated the roles of Buck in Bonnie and Clyde, Charles Lindbergh in Take Flight, and Benny in Benny and Joon. His regional credits include two productions as George in Sunday in the Park..., Georgio in Passion, Tony in West Side Story, Joe in Angels in America, Curly in Oklahoma, and Wolf/Cinderellas Prince in Into the Woods. His solo cabaret show has played across the country and in London.Recently he launched an initiative called City of Strangers to provide free tickets to Broadway shows for artists who might not have the means. They have given away over 1,400 tickets and have gained unexpected attention nationally being featured on CBS This Morning and This American Life.