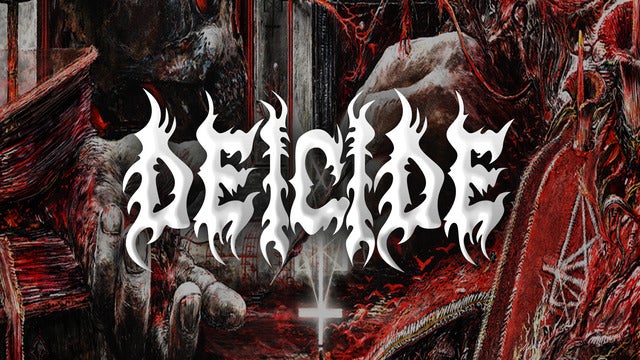 Doors: 7PM Show: 8PM ALL AGES DEICIDE with Kataklysm, & Inhuman Condition Legion Tour 2022 A punishing American death metal group with a penchant for pairing uncompromising decibels with controversy, Deicide emerged in the late 1980s alongside contemporaries like Cannibal Corpse and Carcass. Based out of Tampa, Florida, the band poisoned the mainstream in 1992 with their sophomore effort Legion, which became one of the best selling death metal LPs of the Nielsen Soundscan era.