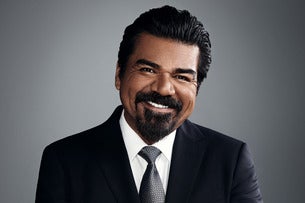 George Lopez's multi-faceted career encompasses television, film, standup comedy, and late-night television. Lopez can be seen in his Netflix original comedy special We'll Do It For Half which premiered globally over the summer. Last year Lopez was on tour nationwide for his stand-up comedy The Wall World. He also completed his tour for The Comedy Get Down, along with Eddie Griffin, D.L. Hughley, and Cedric the Entertainer. The comedians also debuted their BET scripted comedy series based on the tour.