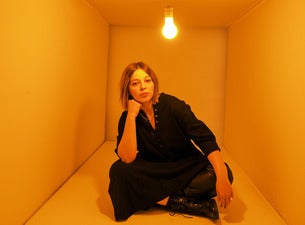 For Jade Bird, the second that lockdown lifted, there were no aimless summer days spent meeting friends in parks; no languorous evenings in pub gardens. She was headed straight back to Nashville to complete her second album -- albeit via a strict two-week quarantine in Mexico City. She allowed herself to see no more of the Mexican capital than the local store and a leg-stretching walk around the block, not wanting to jeopardise any chance of being allowed into the States to finish what she had started with Grammy-winning producer Dave Cobb (Brandi Carlile, John Prine, Lady Gaga). The highlight of her stay in Mexico was literally her boyfriend pointing out a particularly gnarly spider he spotted as he had a cigarette on the balcony. I move on really quick, Jade explains of the urgency she felt. My partner always says theres no in between with me whatsoever, its on or its off. My feeling was: Im in it, I love these songs, I want to sing. Thats why we made heaven and earth move so I could do that in that moment.For Jade, moving fast was about staying connected to the music that she had written (as always), not capitalising on momentum or anyone elses idea of a career plan. She had a taste of the UK hype cycle, making the BBCs 2018 Sound Of... poll and being tipped everywhere from Vogue to Rolling Stone. Her self-titled debut album arrived a year later. Despite those early garlands, she didnt become an overnight success. I was really glad, she says. Musically I was not ready. Lyrically I was not ready. And mentally I was not ready. Nevertheless, Jade Bird -- as barnstorming an album as came out in 2019 -- received plaudits from the likes of Pitchfork and NPR. And it showed Jade, an obsessive at bettering her craft, how she wanted to build on the foundations she had laid. She was grateful that her label, Glassnote, was invested in letting her develop album by album. If you lose a sense of who you are, to re-establish that is really difficult, she says of the pressures hype puts on developing artists. And the time that it takes for you to re-evaluate your life, your sound, who you are, the UK doesnt have time for that either.That mature perspective is typical of Jade, who even at 21 was wise to how young female musicians are expected to become cute ambassadors for feminism. (Im not sure how to do anything but what Im doing because what Im doing is feminism, she told the Guardian. You dont need to wear a hashtag T-shirt.) Still, as all 21-year-olds tend to, she thought she had life pegged. A standout from her debut, Love Has All Been Done Before, looked at her mum and her grandmas respective divorces and confidently concluded that any relationship of hers would also end up doomed. She proved herself wrong: shes been with her boyfriend (hes also her guitarist) for three years. I ended up realising Im really happy and stable, she says.