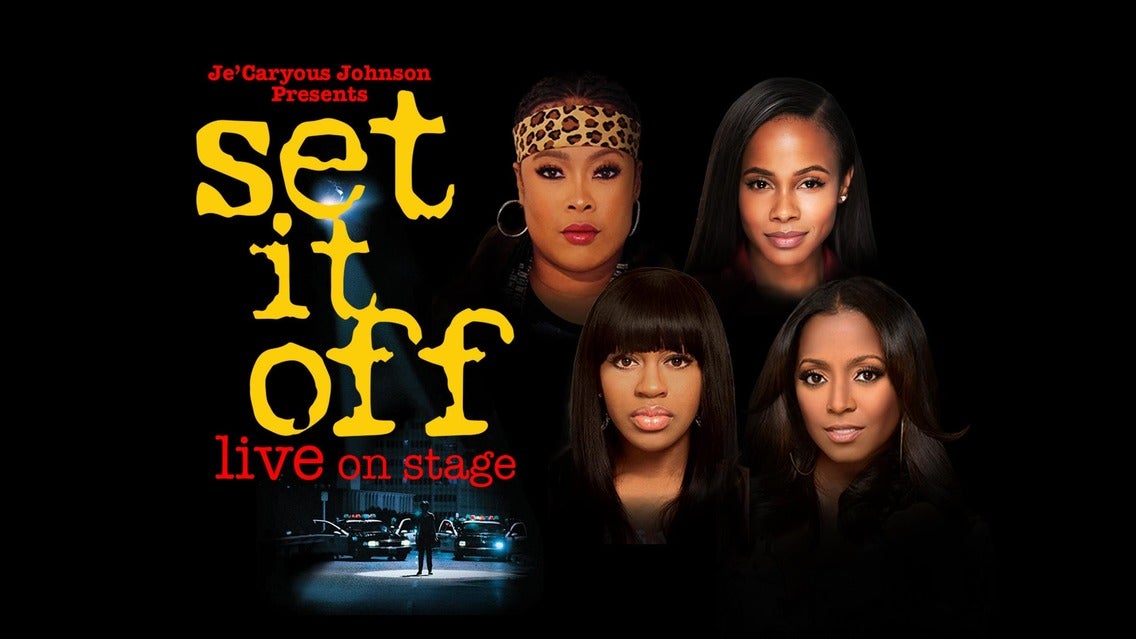 JeCaryous Johnson Presents "Set It Off"

Award winning writer/director/producer Je'Caryous Johnson takes audiences beyond the movie screen and brings to life the bank heist movie that shook the country. Come relive the nostalgia of one of the greatest urban cult classics: Set It Off Live On Stage. Join Stoney, Cleo, Frankie, and Titi as their strength, loyalty, and ultimately their friendships are tested when they fight their way out of poverty by doing the unthinkable: banning together as four black women to rob a bank. Critics and fans continue to rave about the action packed, yet heartfelt, theatrical experience featuring an unprecedented, crowd pleasing performance by Hip Hop legend Da Brat as Cleo, along with Keshia Knight Pulliam, Lill Mo, Drew Sidora, and heartthrob LEON. Artist scheduled to appear are subject to change. No refunds,. No Exchanges. No Exceptions.