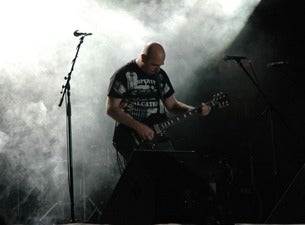 Influential San Francisco crossover thrash metal act MORDRED which this summer will release its first full-length record in over 25 years has unveiled a music video for Love Of Money, the latest clip from the bands 2020 comeback EP Volition. Shot on location in San Francisco by Eddie Granillo for Keptone Filmz and featuring actress Szandora Lavey, it can be seen below.We all want her sometimes and we all need her sometimes, says guitarist Danny White. Some would kill for her. Some would die for her. Some would commit crimes for her. Few can walk away. She seduces and provides, her power wont be denied, and she goes by the name of Money.MORDRED was formed in 1984 as the burgeoning Bay Area thrash scene was beginning its rise to global prominence. While mosh-inducing thrash formed the basic blueprint of their sound, MORDRED stood out as a unique presence thanks to their integration of funk-infused musicianship and hip-hop and alternative music influences. The group was one of the first Bay Area bands to explore those diversities in extremes, but as the dexterous bass performance of Art Liboon and innovative turntable work from band collaborator Aaron DJ Pause Vaughn provided a new spin on the thrash metal genre, MORDRED retained their metallic bark thanks to groove-laden shred from guitarists Danny White and James Sanguinetti, and energetic shout-along choruses spearheaded by vocalist Scott Holderby. That combination of thrash metal and exploratory funk powered three full-lengths on Noise Records between 1989 and 1994, from their revered debut, Fools Game, to their even more eclectic sophomore follow-up In This Life, the EP Visions through their final until now record, The Next Room.