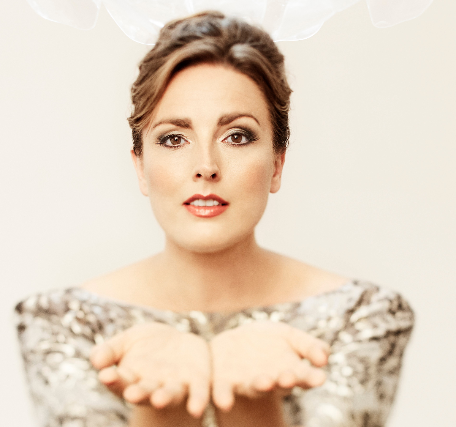 After putting in her time for years on the road, performing at small clubs and cafes, Sinne won her first Danish Music Award for her album Waiting For Dawn in 2007. Her dark vocals and modern interpretation of Nordic jazz touched audiences all over Europe and Asia. Since then, Sinne has released several prize-winning albums, including her solo album Dreams from 2018, recorded in New York City with Scott Colley, Joey Baron, Larry Koonse and Jacob Christoffersen.In early 2020 Sinne released one of her biggest projects ever: Weve Just Begun, a winning collaboration with the 19-piece Danish Radio Big Band and her 9th album overall. The record was produced by Andr Fischer (Diane Schuur, Nina Simone, Natalie Cole) and mixed at the acclaimed Capitol Studios in Los Angeles by the legendary Al Schmitt (Frank Sinatra, Miles Davis, Ray Charles). The album has received countless international rave reviews, hovered high for many weeks on the American JazzWeek Top 50 chart, and continues to enjoy frequent airplay in all radio markets.Sinne has many loyal fans in the US, Scandinavia and Asia, especially China and Japan. She is poised for a major breakthrough in the US, where she regularly tours. She has performed with American jazz icons including Larry Goldings, Peter Erskine and Ken Peplowski; and at storied jazz clubs including Green Mill in Chicago and Birdland in New York.The Danish songstress is versatile, equally comfortable fronting big orchestras in concert halls as well as smaller ensembles in intimate jazz clubs. Everywhere she sings Tokyo, Copenhagen, Los Angeles or Madrid audiences are mesmerized by her incandescent phrasing and scatting, all with natural, perfect pitch.Sinne Eeg is not only a brilliant vocalist; she is also a great songwriter. Her talent for writing and composing won the prestigious Danish Carl Prize 2018 for Song Of The Year, Aleppo, included on her album Dreams. Sinne has received numerous accolades, including four Danish Music Awards, the Danish Radio P2 Jazz Prize, the Ben Webster Prize, the French Prix Du Jazz and Queen Ingrids Honorary Grant, personally awarded by Queen Margrethe of Denmark.SECTIONSPremium Front Row Seating Premium Front Row Seating WITH Dinner Reseved Seating/Dinner and Show Packages Reserved Seating General Admission: Main Floor GA, Miles Davis MezzaninePremium Front Row Mezzanine Level Seating without Dinner Premium Front Row Mezzanine Level WITH DinnerAll GA sections (Main Floor GA & Miles Davis Mezzanine) will be seated by host and are first come, first served (other than where a reserved sign is posted to table). If you require special seating, please call the venue for accommodations no later than 48 hours prior to show date.Please note: If you do not purchase all seats at a table, other customers may be seated with you.*If you purchase dinner and show packages, dinner is two hours prior to showtime in the Boathouse 400 restaurant, located on the second floor of the hotel. Dinner and show packages include a 3 course dinner, one complimentary glass of house red or white wine or non-alcoholic beverage, all state and local taxes, 18% gratuity and complimentary parking in the hotel garage while enjoying dinner and show.