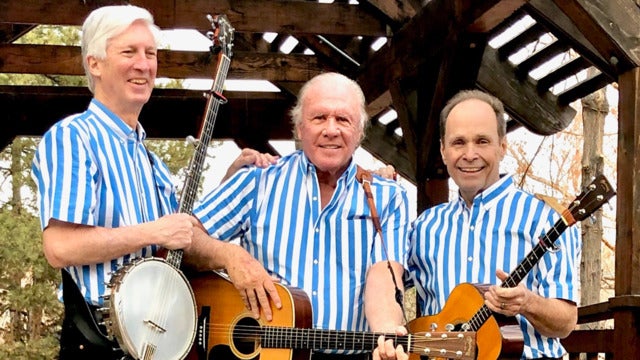 Group Sales call Channel 12 Monday - Friday 9am - 5pm 303-296-1212 The Kingston Trio was at the forefront of a folk music boom that produced Peter Paul and Mary, The Limelighters, The Smothers Brothers, and Bob Dylan. Three college students formed the TRIO in 1957: Bob Shane, Nick Reynolds, and Dave Guard, who began singing in coffeehouses in the San Francisco area. Celebrating over 60 years of music, the KINGSTON TRIO is one of the few groups that has survived the many changes in the world of music by keeping three things constant: the songs are all familiar; they still have two guitars and a banjo; there are still three of them. The current incarnation of the Kingston Trio consists of Mike Marvin, Tim Gorelangton and Don Marovich. A benefit for PBS12 and is sponsored by AARP, 50Plus Marketplace News, Prime Time for Seniors, Colorado Community Media, Maggianos of Little Italy and Hermes Private Car.