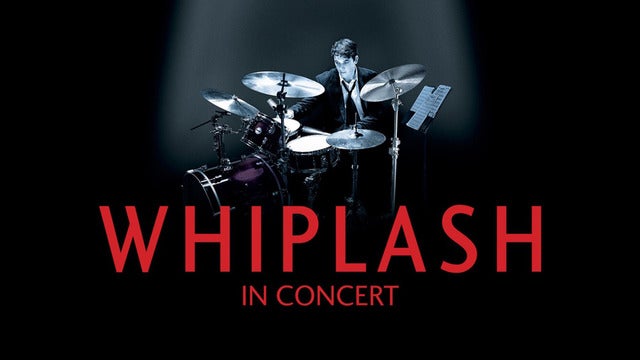 Revisit the 2014 Academy-Award winning film, Whiplash, starring Miles Teller and JK Simmons and directed by Damien Chazelle (La La Land), in a new, mesmerizing live concert experience. Whiplash showcases the captivating story of a promising young drummer who enrolls at a music conservatory, only to fall under the wing of a cut-throat instructor who will stop at nothing to awaken his student's true potential. The show will be conducted by two-time Academy Award winner Justin Hurwitz, and feature an 18-piece jazz big band who will perform the soundtrack along with the movie. Experience the vivid musical moments central to the film, including the unbelievable drum solos, live! Doors open at 7:00 PM. Show begins at 8:00 PM. Support acts subject to change.