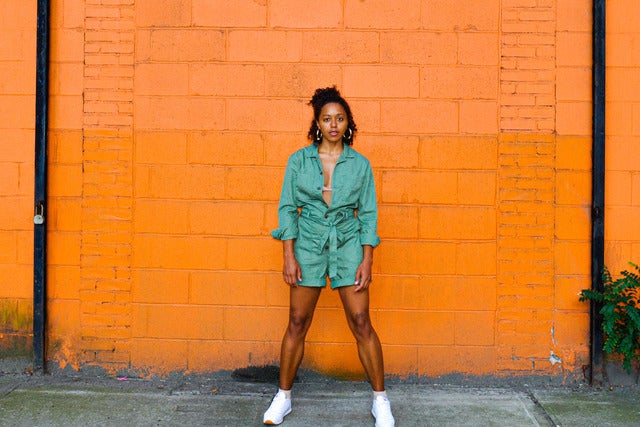 With the release of her debut album, Hard Won, in March 2017, singer-songwriter, harpist, and guitarist Lizzie No established herself as one of the most exciting new voices in contemporary folk music. Billboard Magazine called the album simultaneously understated and fervent. She followed up the album with the release of Sundown, a benefit track for Black Lives Matter. Building on the songwriting prowess displayed in her critically acclaimed debut album, Lizzie No is unsparing in the stories she tells on her new album Vanity, released August 2, 2019. The nine songs on Vanity are epic tales of ego, featuring narrative shifts within vividly crafted characters. No embodies characters ranging from a handsome egoist in Narcissus (which Rolling Stone called a crisp alt-rock gem) to a broke songwriter waiting for her big break in Pity Party, to a bitter and isolated rocker on Loyalty who rants that the crowd has left him behind.